The string quartet genre is often considered as the ultimate test for composers: four pairs of hands spontaneously interacting and playing in unison.

We hand over the Schouwburg theatre twice to the very best string quartets of the moment: the Maxwell Quartet and Quatuor Danel. And the young generation is also in the spotlight: EVE and BL!NDMAN [strings].

Welcome to the house of the string quartets!

In 2019, the Maxwell Quartet blew the audience away with a magnificent matinee concert. Now, the four young Scotsmen are returning with Beethoven’s famous Harfenquartett. The programme begins with Haydn’s Lobkovitz string quartet and once again ends with a few Scottish folk songs, which they arranged for string quartet.

Ludwig van Beethoven composed sixteen string quartets. His tutor Joseph Haydn is considered to be the ‘inventor’ of the string quartet and wrote no fewer than 68 such pieces. With this concert, the Maxwell Quartet pays tribute to both great masters.

The Scottish Maxwell Quartet is unlike any other quartet. “We love beer! And we love playing music.” Then they are at the right place in Leuven. Four friends who grew up together playing Scottish folk music and who have become a remarkable string quartet.

On this occasion, the young generation of artists is provided with the opportunity to prove themselves. They go on stage first and get 30 minutes to demonstrate that they are the great masters of tomorrow.

BL!NDMAN [strings] plays Steve Reich’s Triple Quartet which they have just recorded on CD. In this piece, Reich shows he doesn’t need an orchestra to make an impression with his rich textures. In Silent Flowers, you notice that Toshio Hosokawa’s aesthetics have been influenced by his relationship to nature and the cosmos. 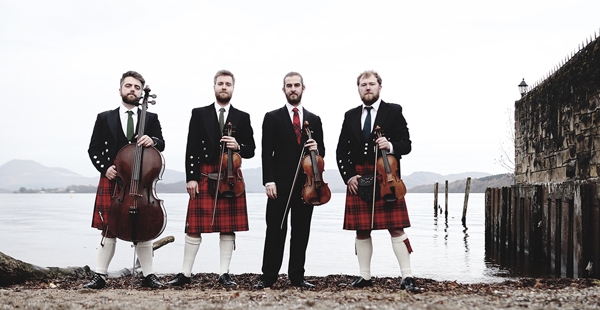 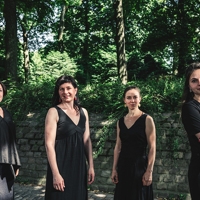 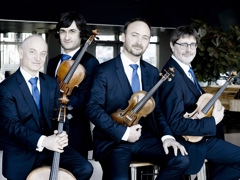