The atmospheric church of Park abbey will be the setting of DeVespers, a series of concerts on Sunday afternoon with age-old music written for the evening prayer service. Cappella Mariana explores the vesper motet repertoire of Philippe de Monte and his contemporaries from Prague.

“A quiet and modest person, who speaks Italian as fluently as his mother tongue and also has a command of Latin, French and Dutch … undeniably the best composer to be found in the country.” Thanks to this enthusiastic recommendation, De Monte was appointed Kapellmeister to the Habsburg Emperor’s chapel in Vienna in 1568.

Nine years later, he moved with the imperial court to Prague. He would remain Kapellmeister until his death in 1603. One of his main responsibilities was composing music for the (liturgical) court ceremonies.

The ensemble Cappella Mariana from the Czech Republic pays homage to Philippe de Monte, who put his musical talent at the service of the court in Prague in the final years of his life.

From November 15 to 21, Cappella Mariana will be in residency at Alamire Foundation. For this residency, they're supported by the i-Portunus scheme by the European Commission. This scheme supports the mobility of artists, creators and cultural professionals, implemented by consortia of cultural organisations.

i-Portunus is funded by the Creative Europe Programme of the EU, the Goethe Institut, l'Institut français and the Izolyatsia platform for cultural initiatives 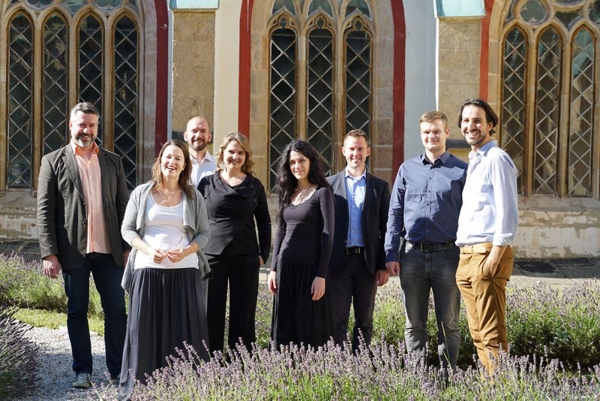