Buio e Splendore literally means Darkness and Splendour. The name refers to the extreme, intense and contrasting emotions evoked in the 16th-century madrigals.

The singers and musicians of Ratas del viejo Mundo give their own interpretation of this poignant music. With three colourful voices and the warm timbres of viola da gamba and lute, they reveal the 16th-century connection between the luxurious court at Parma and composers from the cold, dark North.

Buio e Splendore brings together various original vocal pieces with their historical instrumental arrangements. These sources uncover an international network of artists who expressed their individual emotions in a compelling and sensuous musical language. 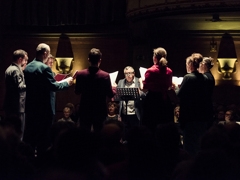 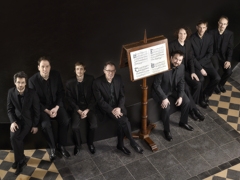 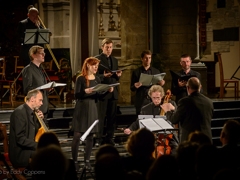