Jan Leyers and Paul Michiels have written an unique piece of Belgian music history together.

It all started in 1986, when they decided to join forces and go through life as The Soul Sisters.

What followed was an impressive series of unforgettable songs: their magical debut ‘You Get To Me’, milestones such as ‘Like a Mountain’ and the global hit ‘The Way To Your Heart’, and later the now classic albums 'Heat’, 'Simple Rule’ and ‘Swinging Like Big Dogs’, with the hits ‘Through Before We Started’, ‘Changes’, ‘Broken, ‘Tell Me What It Takes’ and so many more.

Soul, pop and clever rock: the duo could do it all and set many a concert hall on fire all over the world.

The Soul Sisters became Soulsister, but the chemistry has remained intact all those years, with Jan as the heart and the brains of the band and Paul as its body and soul.

After a long hiatus, Soulsister released some new singles this spring: ‘Something I Need To Know’ and ‘I Need Your Love’. They also received the “Lifetime Achievement Award” at the MIAs.

One thing has remained unchanged all this time: Soulsister’s heart beats fastest on stage. Soulsister is back! 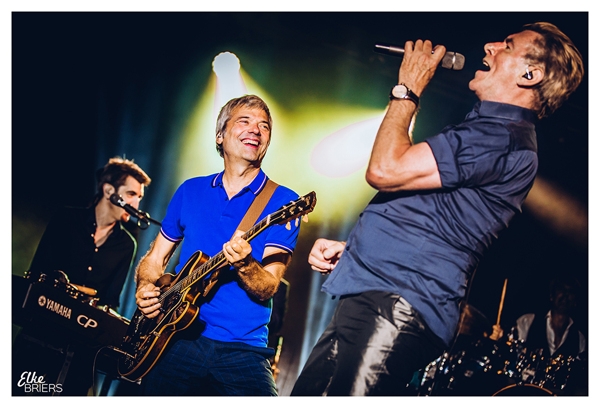