In this programme, the effervescent baroque ensemble Musica Gloria plays some wonderful pieces of chamber music and concertos by Corelli and Handel, allowing you to hear how much Corelli’s music inspired Handel.

Corelli and Handel belong to the greatest baroque composers and were very familiar with each other’s work. George Frederick Handel, then in his early twenties, spent 1707 and 1708 in Rome. There he came into contact with renowned violinist and composer Arcangelo Corelli, who was at the end of this career.

This concert programme allows you to enjoy the virtuoso sonata La Folia by Corelli, Handel’s heavenly hobo concerto and his playful organ concerto The Cuckoo and the Nightingale, which owes its name to the cuckoo’s call and a series of high nightingale song motifs that can be heard in this piece.

Six musicians from the young baroque ensemble Musica Gloria from Leuven will perform on this occasion, under the direction of Beniamino Paganini and Nele Vertommen, who will also perform as soloists. In 2021, both were included in a list of promising young artists in their twenties (De Twintigers) by radio station Klara, and Beniamino won the Young Musician of the Year 2020 Award. 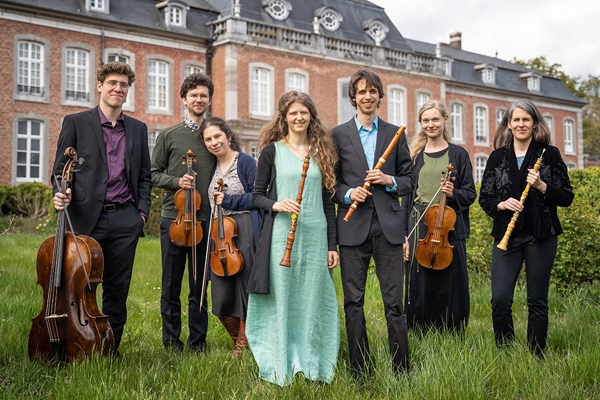