This concert was originally planned in the realm of Leuven Jazz 2020 (in a double bill with Jason Moran - check Sept 22nd), but was postponed due to the coronavirus.

In the meantime, it has - unfortunately - become clear that it will be impossible to organise this new concert under the current corona measures. We remain in contact with Kandace Springs and hope to invite her again at Leuven Jazz 2021.

But of course, this option remains highly uncertain for the time being.
Therefore, ticket holders will receive an email with all details to turn back their ticket(s).

Prince once said that Kandace Springs "has a voice that could melt snow." He heard Springs’ cover of Sam Smith’s 'Stay With Me' online in 2014 and invited her to perform with him at the surprise concert of the 30th anniversary of 'Purple Rain'. He thus became a mentor to the young singer, pianist and composer.

In 2016, she signed at the legendary Blue Note Records. Her warm and sensual voice seduced us instantly on 'Soul Eyes' (2016). In 2018, the worthy successor 'Indigo' saw her combining the vocal jazz traditions with modern R&B influences.

The style of 30-year-old Kandace is certainly inspired by some of the greatest female artists in jazz - Billie Holiday, Ella Fitzgerald, Nina Simone, Roberta Flack and Norah Jones - without settling for mere imitations.

“This is an album I’ve been wanting to make forever. It really expresses my love for all of these singers and gratitude for what they gave me. Each taught me something different and all of those lessons combined to make me who I am now.” – Kandace Springs

With Chilean Melissa Aldana we welcome a rising star from the international jazz scene. Initially, she played the alto sax, as she was influenced by artists such as Charlie Parker, Cannonball Adderley and Michael Brecker. It's only when she discovered the music of Sonny Rollins, that she changed to her beloved tenor saxophone.

In 2007, she moved to Boston to attend the Berklee College of Music. She was tutored by tenor saxophonists Joe Lovano and George Garzone, as well as pianist Danilo Pérez. Two years later, she moved to New York to continue her education with jazz stars such as Greg Osby and George Coleman. In 2013, she became the first female instrumentalist (and first South-American musician) to win the 'Thelonious Monk Competition'.

In the last few years, her solo career really took off, enchanting an ever wider audience with her unique sound and technique. In 2019, she released 'Visions', an album that was heavily influenced by the life and work of Mexican artist Frida Kahlo. Through her music, Aldana shares her own experiences as a female saxophone player in the male-dominated jazz community. Just like Kahlo who, as an artist, feminist and free spirit, had to confront that same society. 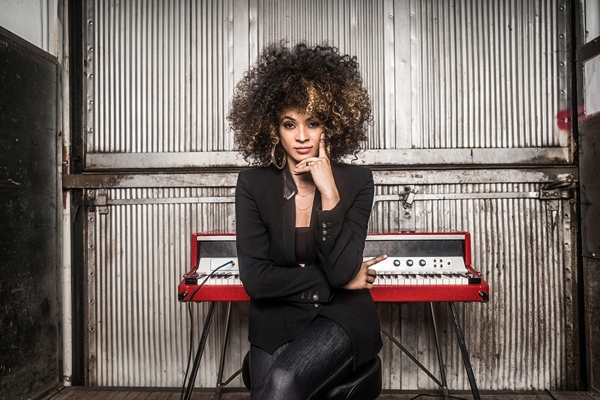 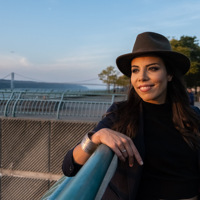