The Unthanks have been described as "a take on tradition that flips so effortlessly between jazz, classical, ambient and post-rock, it makes any attempt to put a label on them a waste of time".

Their 15th and latest record, Sorrows Away, has been described as "a masterpiece of nuanced drama” (9/10 Uncut Albums of the Year), "a landmark album by an extraordinary band that will resonate for generations to come." (Album Of The Month – Record Collector) and "a comfort blanket in daunting times” (Folk Folk’s Sake).

Using the traditional music of the North East of England as a starting point, the influences of Miles Davis, Steve Reich, Sufjan Stevens, Robert Wyatt, Antony & The Johnsons, King Crimson and Tom Waits make The Unthanks a unique band, earning them a Mercury Music Prize nomination and international acclaim along the way.

The Unthanks tells stories that capture children. They make music cutting edge enough to be BBC 6Music regulars. They can be found on Radios 2, 3 and 4, reframing history and drawing together the worlds of folk, jazz, orchestral, electronic and rock music worlds. Some of our best storytellers admire the believability of their storytelling: Mackenzie Crook, Elvis Costello, Maxine Peake, Nick Hornby, Martin Freeman, Robert Wyatt, Charles Hazelwood, Ben Myers and David Mitchell, to name a few.

In the seven intervening years since Mount The Air, The Unthanks have scaled up to self-composed projects with The Royal Liverpool Philharmonic Orchestra and Charles Hazelwood’s Army of Generals, and right down to their roots for the unaccompanied live record, Diversions Vol 5. They’ve created song cycles from Emily Bronte’s poetry on her original piano, created site-specific theatre with Maxine Peake, paid an entire album and 8-track EP’s worth of devotion to Molly Drake, and created the light and the dark in soundtracks for 6 hours' worth of Mackenzie Crook’s beautiful BBC adaptation of the Worzel Gummidge books.

At the nucleus of a constantly evolving unit is the traditional upbringing of Tyneside sisters Rachel and Becky Unthank and the arrangements and writing of composer, pianist, producer and Yorkshireman, Adrian McNally.

"The Unthanks are capable of such beauty that sometimes I can hardly bear to listen to them. And sometimes when I know I need it, I’ll listen to them to open me up and clean me out." (Martin Freeman)

"They run from the very root of folk music to the very tip of the branch." (Elvis Costello) 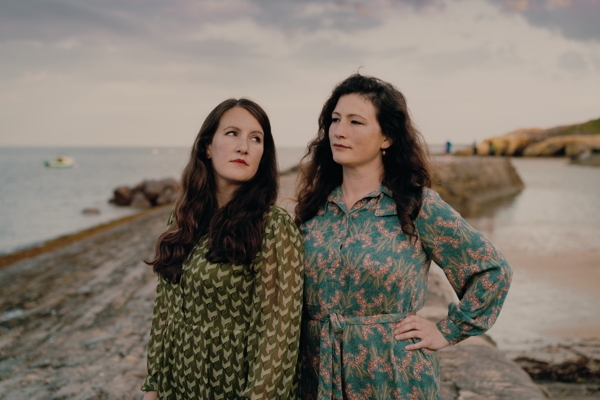