30CC Programme Nothing New: About my coming-out as an optimist

Nothing New: About my coming-out as an optimist

Swinging between four poles, acrobat Monki welcomes us. He wants to tell us something. He is optimistic. He is an optimist, and he doesn't want to hide that anymore. Coming out of the closet turns out to be a task full of doubts and pitfalls. "That's not how the world works" people say, but he nevertheless sees that it can be done! Even if the others seem louder at times. In this intimate and physical performance with theatre, live music, and circus, the moodswings take over: from small and subdued to rousing up-beat, grand or lonely. Optimist Monki finds it increasingly difficult to uphold his ideals, because a positive story is quite radical.

Nothing New. About my coming-out as an optimist is the second performance from a trilogy on optimism by Monki, house maker of TENT (2021-2024). In and around the poles, he makes us reflect on our negative worldview, the effects of conventional news media or our generally prevailing view of human beings. Not that he wants to gloss over the bad sides of man, but he wants to name the positive to address the negative. In this way, theatre-maker Monki creates the opportunity to tell each other a story that could well make a difference. Other performances from the triptych include 60% Banana: a cheerful message for angry citizens (2022). In the form of an acrobatic lecture and party with the audience, he demonstrates that the world is a better place than we think. Monkeys also fall from trees, the third part, is expected in 2024. 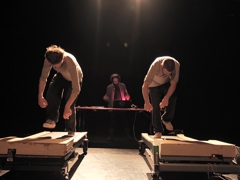 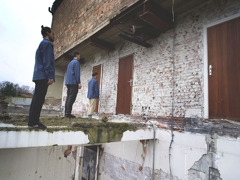