The African Mamas allow us to relive the legendary concert inspired and conducted by Paul Simon. With their wonderful voices, deep emotions and indomitable vitality, The African Mamas create more than a splendid show. It will be an unforgettable musical experience.

It all began in the early 1980s when Paul Simon came upon a cassette tape with the song Gumboots by The Boyoyo Boys. The irresistible Soweto sound of guitars, bass, drums and accordion reminded him of the exciting early years of rock ’n’ roll. Soon afterwards, Paul Simon travelled to Johannesburg to make recordings together with the original artists, resulting in the fantastic album Graceland.

The sensation created by the exciting mix of American and South African pop music went hand in hand with quite some political turbulence. The anti-apartheid movement criticised Paul Simon for breaking the cultural boycott of South Africa, despite the fact that lots of major stars continued to perform at Sun City, the decadent symbol of South Africa’s apartheid policy, without receiving any criticism. This is something he has never understood. "But why then were the musicians so happy with my coming? We worked together, regardless of race or colour," he commented at the time.

‘Graceland The Concert’ transcends any criticism and comments, and is primarily a musical experience. A sensation that introduced a wide audience to the Soweto sound and thus changed the course of history.

Monique Roesems, curator of Buurtwerkingen: “This great mix of Paul Simon’s music and the wonderful voices of the African Mamas makes me instantly happy.” 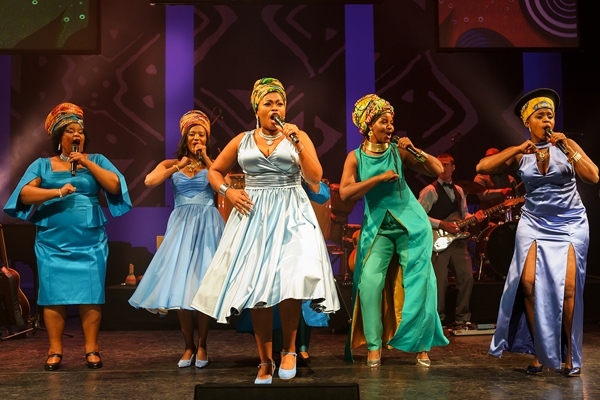