30CC Programme after all springville / disasters and amusement parks

after all springville / disasters and amusement parks

Location change
Due to renovations in STUK, the performance will take place in Manhattan instead of STUK.
Ticket holders will be personally informed.

On stage, there is a house that spews out wisps of smoke, and then a man appears holding a rubbish bag, ready to be put on the street. Strange creatures – half-human, half-thing – circle around the house, sniffing, seducing, screaming for affection. The house is a springboard for the imagination.

The characters can only be who or what they are. The table yearns to be set with all the paraphernalia. The fuse box is about to blow. In front of a camera on wheels, a group forms momentarily. Smile!

Only the audience keeps an overview. One drama after another unfolds before their eyes, as inescapable as the bangs during fireworks or a shootout. Until the house and the landscape once again occupy the scene. Everything just continues. Are we witnessing a surrealist spectacle or are we (finally) seeing the underlying reality as it really is?

Twelve years after its première, Warlop resumes After all Springville as a memory that needs to be re-experienced. She is ready for it. The time is ripe for it. We are ready for it.

A collaboration by 30CC and STUK.

“With her love for the object, she creates a surrealist universe in Springville which intrigues, charms and even frequently tickles your funny bone. Or how the feeling of wonder created by an ordinary cardboard box can grow into something fascinating.” (De Morgen)

“In this visual performance, Miet Warlop exposes strange props – half object, half human – to a sequence of small and big disasters. Just like a hurricane breathing new life into a landscape, Warlop is constantly disturbing the order of things on scene. Or how destruction can lead to a surprising new beginning. Springville is an absurd and poetic interplay between 'characters', with a touch of slapstick reminiscent of Buster Keaton.” (the jury report of TheaterFestival 2010) 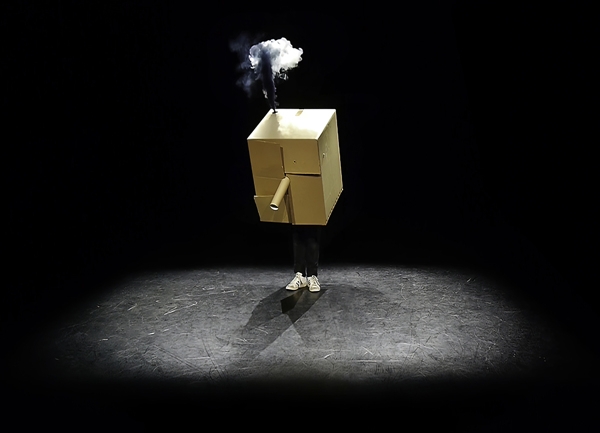 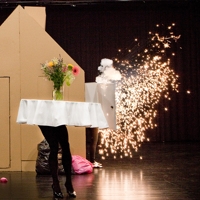 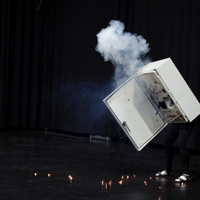 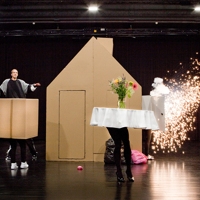 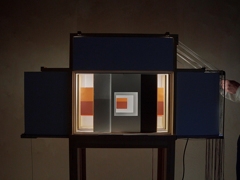 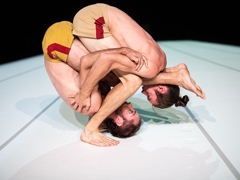