Due to a series of events, we are forced to cancel 'Beethoven's Violin Concerto' on December 8th.
In consultation with conductor Jan Caeyers, we're very pleased to present this enchanting alternative:

On Sunday, January 23rd, 2023, Caeyers and his orchestra will perform a concert in collaboration with Kit Armstrong at 15.00 h in LUCA Lemmensinstituut. This will be a unique occasion to see this American pianist, one of the most important young soloists of this era, perform in Leuven.

The concert is titled 'Young Composers': the chamber music Fast zu ernst by Kit Armstrong is followed by two orchestral pieces that marked Beethoven's great debut in Vienna: the First piano concerto and the First Symphony.

THE CONCERT ON DECEMBER 8TH IS CANCELLED.

Le Concert Olympique and pianist Piet Kuijken present a premiere for Belgium: Beethoven’s famous Violin Concerto arranged for piano and orchestra. Beethoven himself wrote this version shortly after the premiere of his Violin Concerto at the request of English music publisher Clementi.

Since Beethoven himself created this version, it might as well be called his Sixth Piano Concerto. That sheds a different light on this concerto and makes us listen to it in a different manner.

After the interval, Le Concert Olympique will play Beethoven’s Symphony No. 4 which he composed almost simultaneously with his Violin Concerto. This symphony is not performed very often as it is less well known than the heroic third and iconic fifth symphonies. German composer Robert Schumann, therefore, described the work as A slender virgin between two giants … Moreover, its character is fundamentally different on account of the presence of many, almost Italian-sounding, lyrical passages. It is decidedly high-spirited and fits in best with Beethoven’s first two symphonies. 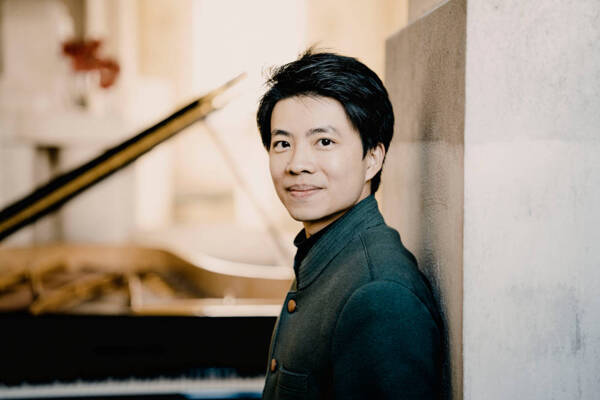